Cam McCaul heads to Kyle Strait's "Strait Acres" compound for a couple of days of messing around on bikes.( Photos: 5 )

Cam McCaul heads to Kyle Strait's "Strait Acres" compound for a couple of days of...

Race Ready For the Next Dual-Slalom The pos...

Nigel Page and the CRC Mavic team had quite a 2019 seasion. Check out their recap video inside as Sam Hill won his third world championship in the Enduro Wo...

Nigel Page and the CRC Mavic team had quite a 2019 seasion. Check out their recap video i...

The future of the sport is kids and Crankworx is embracing this even more for 2020 with their launch of CWNEXT. Details inside.

The future of the sport is kids and Crankworx is embracing this even more for 2020 with th...

Fox US Open of Mountain Biking in Photos

Check back all weekend to see more of the racing from Snow Summit Bike Park in Big Bear, California.

Check back all weekend to see more of the racing from Snow Summit Bike Park in Bi...

2pts
Dual slalom rules 🙌 I had fun this week at sea otter, and I’m so happy that big bro @walkershaw took the DH win today. 📷: best photog in the game @therealstikman

2pts
My nights racing ended early, but it was good fun none the less🔥#slalom 📸 @mthomasphoto

2pts
@kylestrait the dual slalom master. Only a week till Sea Otter in California and the Dual Slalom World Champs 🤙🏼 If you want to look like the master himself, we’ve only got a few of Kyle’s signature Rampage jersey left🤘🏼🔥 P: @mattstaggsvisuals #dualslalom #seaotterclassic #happybirthdaykyle #mtbclothing #noordinarylife

2pts
Ready for Crankworx Rotorua 2019?! On day one we're bringing you the RIDE 100% Dual Slalom Rotorua. Tune in. It's only streamed through Facebook Live! 🤘 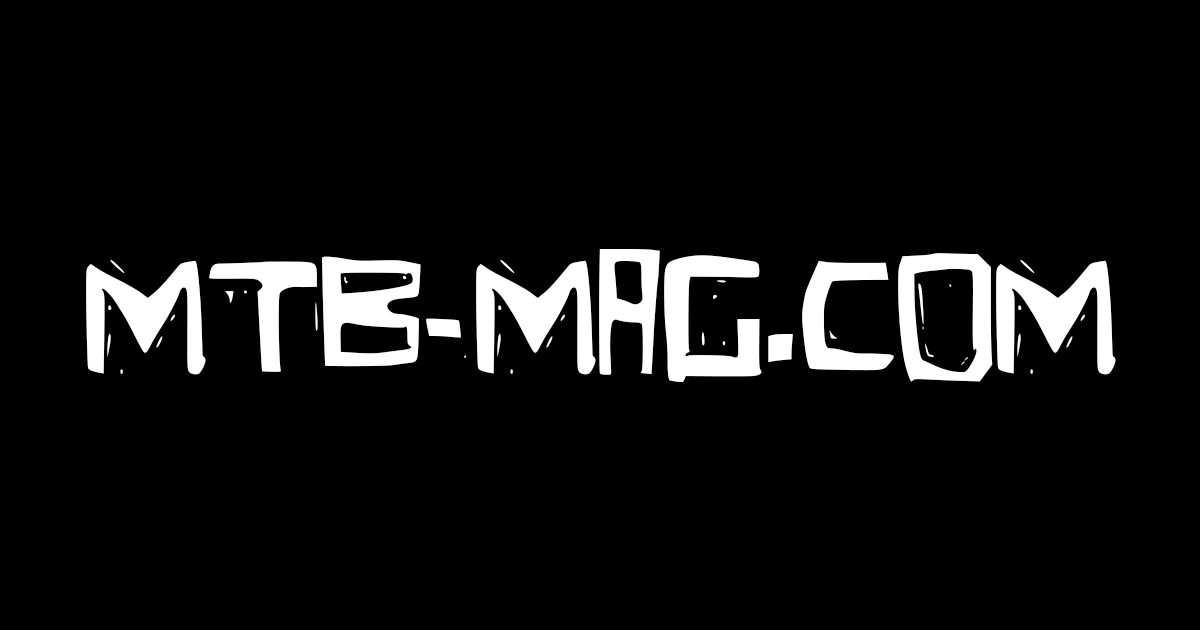 &#8220;Never a dull moment hanging out with Kyle Strait and Cam Zink. Pit bikes, slalom tracks, dirt jumps, air bags&#8230; there&#8217;s plenty going on. We had a couple days to kill down in Southern California so we paid a visit to Kyle&#8217;s &#8220;Strait Acres.&#8221; He&#8217;s getting ready for Crankworx Rotorua coming up in a couple weeks so we set up a jump into an airbag so he could practice some tricks for Speed And Style. I hadn&#8217;t done a frontflip in a couple years so it seemed like a good chance to give that a whirl. Bubba Warren and Luca Cometti join in on the fun.&#8221; -Cam 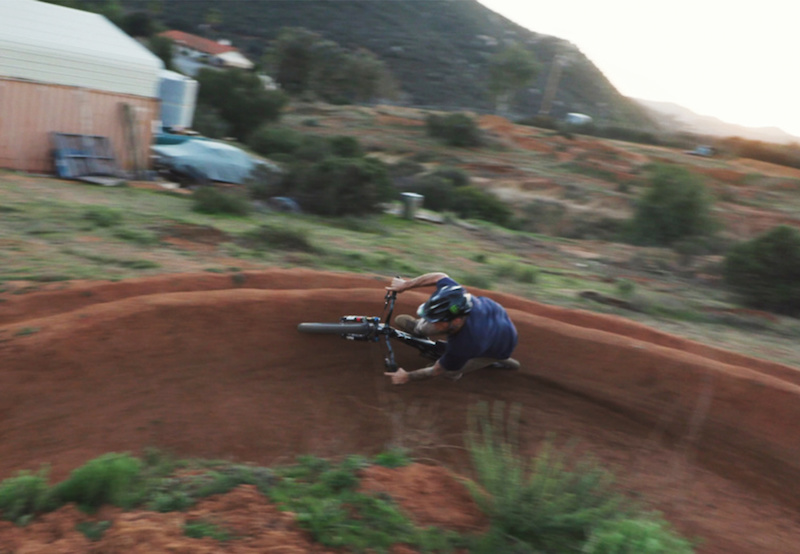 Cam McCaul heads to Kyle Strait's "Strait Acres" compound for a couple of days of messing around on bikes.( Photos: 5 ) 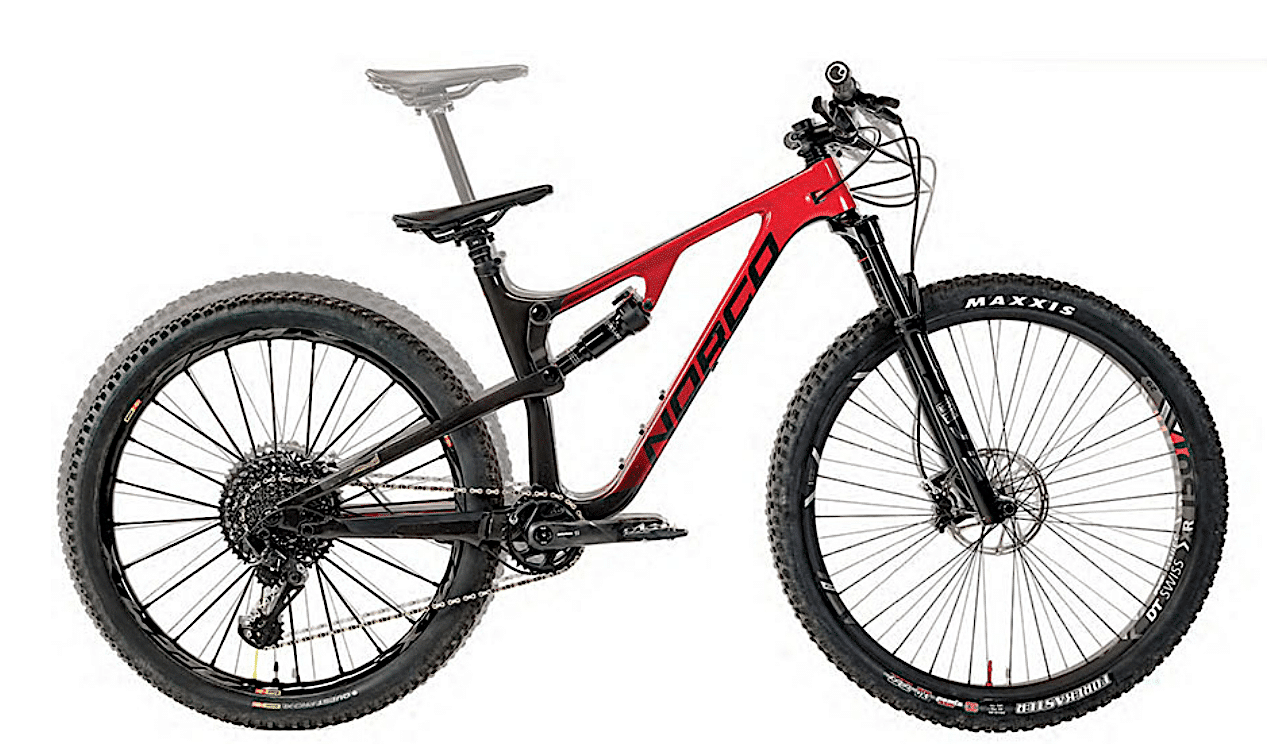 Race Ready For the Next Dual-Slalom The post Building a Homemade Mixed-Wheel Bike appeared first on Mountain Bike Action Magazine.

Nigel Page and the CRC Mavic team had quite a 2019 seasion. Check out their recap video inside as Sam Hill won his third world championship in the Enduro World Series. Happy New Year! To ease you into 2020 we thought we&#8217;d take a look back at Team CRC Mavic&#8217;s sensational 2019 season, where Sam Hill beat the odds and the expectations of many, becoming the first male rider to win a third world championship on the trot in the history of the Enduro World Series. 2019 was a tough year of racing for me. Getting sick for the first two rounds really knocked me back and also affected me the next couple of months with my training and everything. It just made it so much harder to stay in the fight. In the end and now looking back I still achieved what I set out to and it made the victory even sweeter. I’m really excited to come into the year strong and ready to try defend the title again. I think we have a great schedule and I’m also looking forward to visiting new places as well. I’m already into my daily training routine, lots of riding and gym work. The Nukeproof Mega is just an awesome bike. I switched to the 29er mid-way through the season as at that point I felt I had nothing to lose but trying it out. I got on the 2020 Mega 29 at round four and it’s been an absolute beast. Sam Hill I found this season really tough. Being first year elite and having quite a lot of bad luck this season hasn&#8217;t been the easiest. Finishing 31st overall is far away from where I want to be &#8211; it&#8217;s hard to keep focusing on that top-20 position when you’re giving 110% and not getting to the places you want to be &#8211; but it&#8217;s definitely something I can improve on in 2020. I&#8217;m super excited to start the year strong, especially as I&#8217;ve got a new trainer, fit4racing. Also coming into 2020 I&#8217;ll be doing all the Crankworx events which I&#8217;m more than stoked to be doing and very grateful for the opportunity. I’m just looking forward to riding bikes in all different places with the team. After riding a Nukeproof Mega for over six years I know the vessel pretty well and every year it gets better and better. It&#8217;s as if it&#8217;s been made with a Swiss Army knife in mind! I&#8217;ve raced EWS, dual slalom, downhill, 4x and competed in whip off all in this bike&#8230;what a machine! Elliott Heap Spending the year with the raddest crew on the circuit, the past season has easily been the best for me. Staying healthy and injury-free for the whole of the season was a massive goal. I didn’t quite get to the high end of the results I was planning but plenty of times I showed I was capable &#8211; just lacking some experience and consistency. Whistler was the standout stage this season &#8211; it’s always a highlight being in the Mecca of mountain biking, it just delivers every year. It’s unbeatable as a riding location to spend some time with friends racing and riding. I’m looking forward to another shot at the Columbia EWS next season. That place just didn’t show it’s true potential after the rain in 2018 but if the weather plays ball I think it could be an unbeatable venue with trails to match. Right now it’s full gas with riding and training. I had a long break after the Trophy of Nations and now I’m back training, hungrier than ever. I’ve got a good feeling for 2020 for me Sam and Elliott. If it’s anything like the fun and good times we had in 2019 I’m super stoked. Kelan Grant I could not have been more proud of how the team did in 2019. We were off to a rough start to the season compared to how 2018 ended, with Sam getting sick, Elliott injuring his ankle and crashing at the first few rounds and Kelan having a big job on his hands trying to compete with two world champions. The lads all stayed super focused, always positive, worked together and came through in the end with some amazing results, riding edits and Sam clinching his third straight world title in a super close battle which came down to the last stage of the year. Also, the mechanics worked super hard and kept all the bikes running sweet and back on track even after a few unavoidable incidents. A big thanks to all the team and I am looking forward to another great season in 2020. Nigel Page

The future of the sport is kids and Crankworx is embracing this even more for 2020 with their launch of CWNEXT. Details inside. Photos: Crankworx / Jay French / Fraser Britton / Clint Trahan WHISTLER, B.C. December 16, 2019 &#8211; As a new decade of mountain bike competition starts to take shape, Crankworx is excited to announce the launch of CWNEXT, a new, youth-focused category of competition across the Crankworx World Tour. CWNEXT will include categories for young men and women, in the following age classes: 13-14, 15-16, 17-18. Registration opens today at 1 p.m. (PST) for CWNEXT categories in the following events at Crankworx Rotorua 2020 (March 1-8): · 100% Dual Slalom Rotorua · Rotorua Air DH presented by Bosch · Crankworx Rotorua Downhill presented by Gull · Rockshox Rotorua Pump Track Challenge presented by Torpedo7 (the first time a category other than pro will be run for this event) CWNEXT categories will be run at all stops across the Crankworx World Tour in 2020. Prior to CWNEXT, young athletes would either register for Kidsworx events, or a select offering of junior categories in various Crankworx disciplines. CWNEXT was created to bridge the gap between Kidsworx and Crankworx competition, bring youth racing under one umbrella, and provide a development path for young athletes. Whether riders want to improve their skills as amateur racers, or have their sights set on becoming the King or Queen of Crankworx one day, CWNEXT will provide a pro-style level competition and organization for youth participants at Crankworx. “More and more athletes are gearing their training toward the rigors of what it takes to compete at a Crankworx World Tour stop. Athletes like current Queen of Crankworx Vaea Verbeeck are focusing on the physical and mental preparation needed to take on multiple events in different disciplines, and on different bikes, sometimes all in one day. This is inspiring the next wave,” says Crankworx World Tour General Manager Darren Kinnaird, who was leading the charge when Kidsworx was first created in 2013. “This year in Whistler we saw 16-year-old local Jakob Jewett rise to the occasion at the RockShox Ultimate Pumptrack Challenge. There are so many other young riders waiting for their moment to shine. CWNEXT will give an entire crop of athletes, who have grown up alongside the festivals, the opportunity to develop into seasoned competitors.” “I&#8217;m really happy to hear about this new platform. It is exactly what we need and it will be so cool to see our sport growing firsthand,” says the reigning Queen of Crankworx, Vaea Verbeeck (CAN). “It makes a huge difference to have mountain biking on athletes’ radars from a young age. It never occurred to me to try riding mountain bikes until my late teens when I bumped into people who were mountain bikers. I found my love in this sport and it has brought so many positive things into my life. I wish the same for others out there.” “The world has its eyes on Crankworx,” says David Zimberoff, Vice President of Marketing at SRAM. “The excitement, culture, environment, passion, and competitive environment all help to fuel our industry. Without continuous improvement, we’d never progress. It’s this kind of leadership with CWNEXT that truly sets Crankworx apart from other events. Kids of all ages are our future, and we have a responsibility to provide meaningful outlets for their growth and ours.” Details of how to register for events with CWNEXT categories at Crankworx Rotorua can he found here: https://www.crankworx.com/rotorua/athlete-info/ Along with CWNEXT categories, today marks the opening of registration for all Pro and 19+ categories at Crankworx Rotorua 2020.